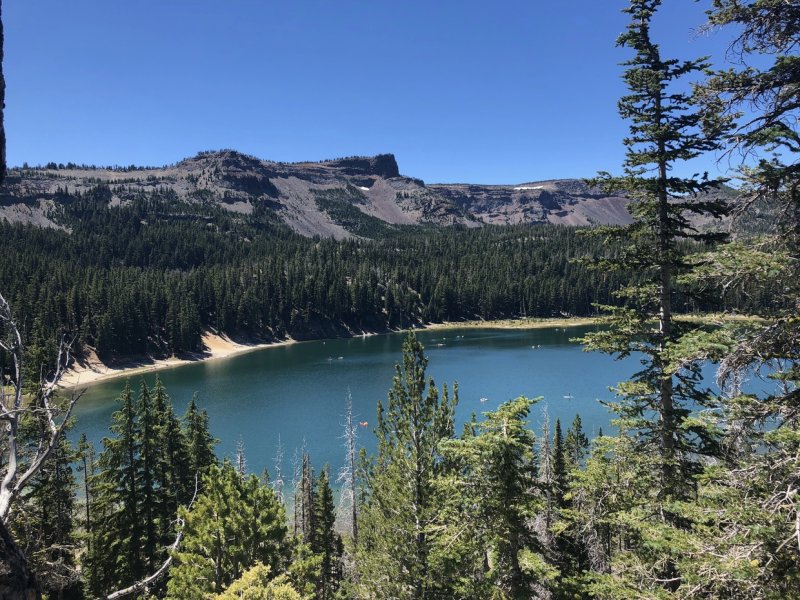 We took a drive up to Three Creeks Lake, Just north of Sisters, to check out the campgrounds today. We happened upon the Tam McArthur Rim trail and decided to take a hike. It was a great trail with lots of eye candy. 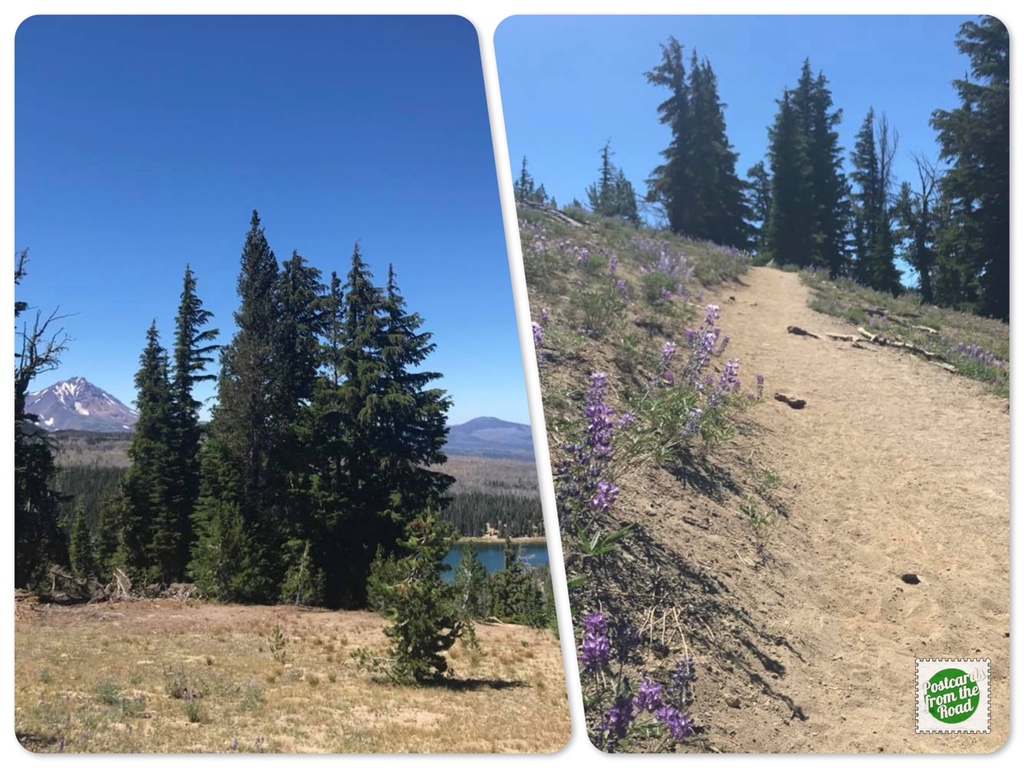 Heading up the trail. 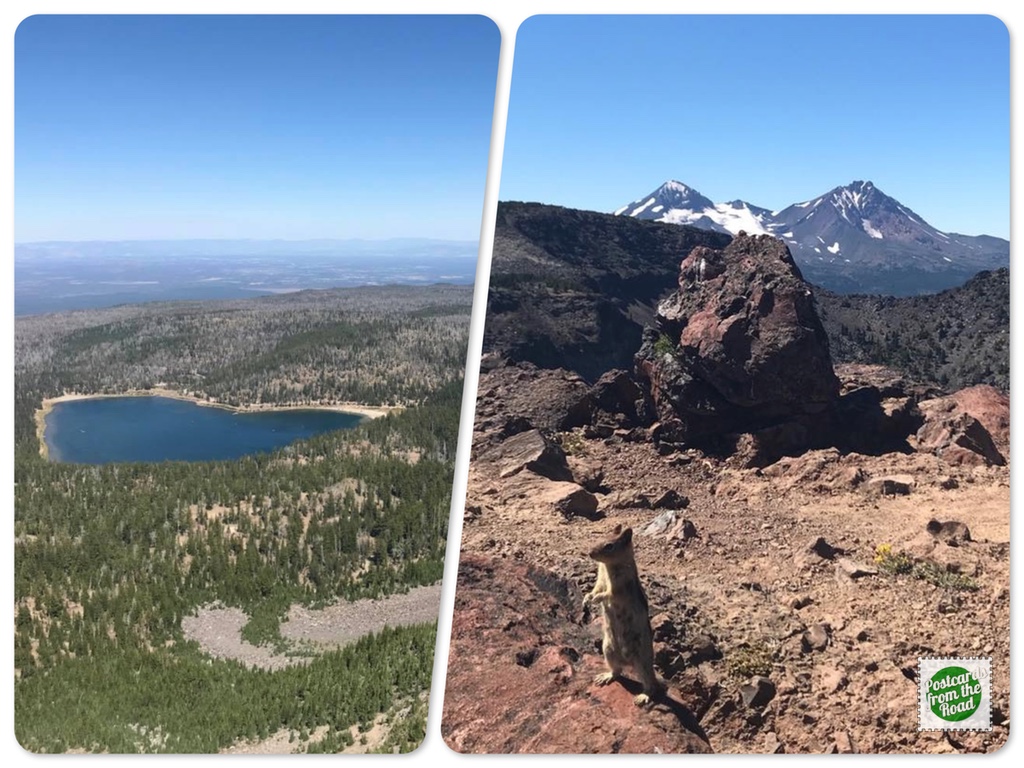 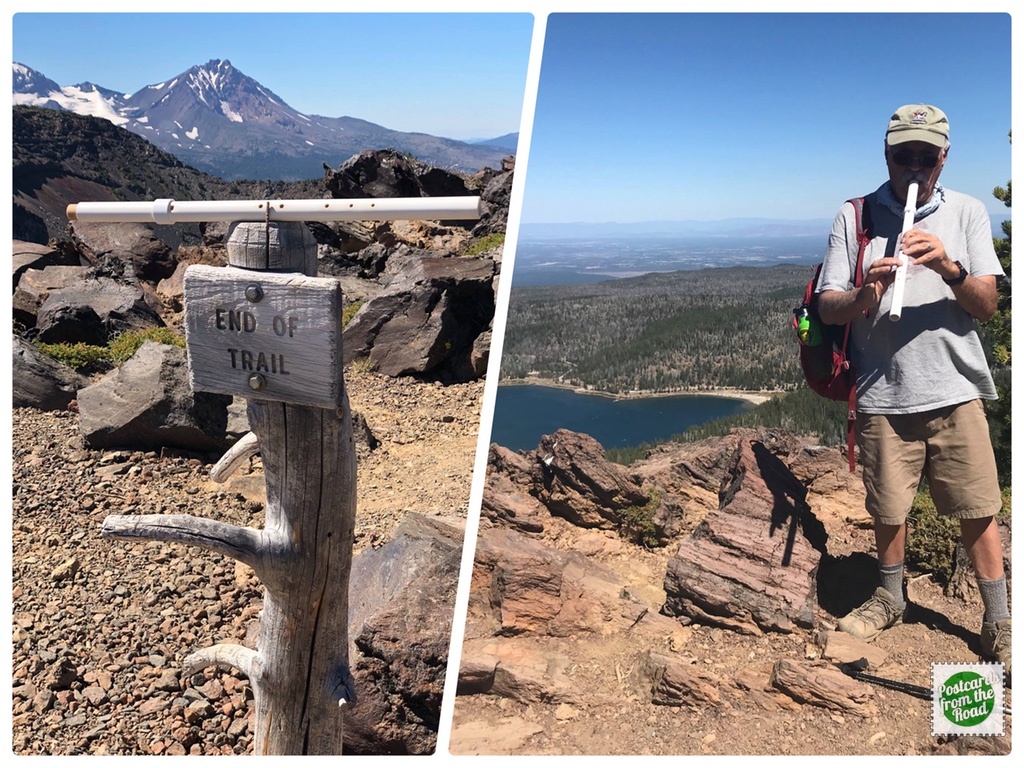 End of the trail with Middle and North Sisters in the background & a little flute playing.

Robt's latest Native American Style Flute experiment made its debut today. He wanted a flute that he could throw in a day pack for a hike and not worry about messing it up (his other two flutes are made out of red cedar). So he recently made a traditional five-hole flute out of PVC pipe. Surprisingly, it actually has a decent sound.

Backstory: During a snack break on a hike in New Mexico in the spring of 2014, someone started playing a Native American Flute above us. We both were totally intrigued. After sharing our experience with the campground host, he gave us a CD of Native American Flute music which Rob't immediately transferred to his iPhone. Just about every hike since, we play a NAF song during our break on the hike. His goal has been to play his own flute instead of a recording. Today that goal was met.